Leaders Must Be Willing To Have Difficult Conversations

There is nothing more important to creating a strong team than hiring the right people.

But unless you start a team from scratch, building a strong team will usually involve helping some people find the door.

The BIG Idea: If you are going to lead, you must be prepared to have difficult conversations.

In my experience, there are 3 reasons people don’t have these conversations:

Difficult conversations are a skill that requires practice. Most people are not good at them.

To do them effectively you must listen well, be patient, act with kindness, hone self-awareness, be direct and clear, and have emotional courage.

Child psychologist and Love and Logic parenting expert Dr. Charles Fay traces many problems in life to one thing—avoidance of conflict. Parents avoid it, leaders avoid it, people avoid it. And we all suffer for it.

I’ll be honest, I really hate having tough conversations. I still have to summon my courage before I have one. I am a recovering and sometimes relapsing, people pleaser.

If you find them hard too, I have good news for you, you can learn to have them too.

I am grateful that I had a boss and mentor early in my career that pushed me out of my comfort zone. Any time I had a problem with a team member, he would say, “Sounds like you need to have a difficult conversation. I’d love to hear about how it goes. Come by later today and tell me about it.”

Yikes! That didn’t leave me much room to avoid it!

Another former mentor told me something I still think about today—

“It’s possible to show someone the door, and shake their hand on the way out.”

She told me a profound story about having to let someone go, then seeing him in the grocery store several months later. They were able to smile, catch up, and even shake hands. This gave me a model I would try to follow for years to come.

When you become a leader, one of your highest responsibilities becomes the greater good of the team, and the organization.

In her bestselling book, Radical Candor: Be a Kickass Boss Without Losing Your Humanity, Kim Scott (former executive at Google and Apple) argues that helping people improve is your ethical obligation as a leader!

Leaving the wrong people hanging around your organization by passively condoning their bad habits will choke morale and create major drag on your team’s performance. Worse yet, it will make great people leave.

Scott argues that this is one of the most serious problems destroying organizations today. We aren’t giving people the tools or the rationale for why these conversations are so essential. She also coins a great term—Ruinous Empathy, to describe how people say they don’t want to hurt people’s feelings, but what they are really talking about is managing their own feelings of being liked.

We trade short term good feelings for a much greater pain for the employee and for the leader in the long run—Your team members don’t improve, and neither do you.

Here is something to keep in mind—If you hold hard conversations early, it may actually help you avoid firing someone. But if the problem isn’t improving, sometimes firing someone is actually the most helpful and compassionate thing you can do for them.

According to a Gallup survey of nearly 200,000 people, about 2 out of 10 people are working in their strength zone. Nobody thrives while working in an area of weakness for a prolonged period of time, and firing them might even be the catalyst they needed to find a job that is a much better fit, and much more fulfilling for them.

People often stay at jobs they hate way too long because they are too comfortable.

Difficult conversations help you grow as a leader, they are the tool you need to address problem issues on your team (the earlier the better), and they are also an important way to show other team members that you are willing address toxic or low-performing team members that damage team morale.

You can do a lot of things right as a leader, but if you can’t have difficult conversations, you will always have a low ceiling on your leadership potential.

Leadership author John Maxwell says if you are not willing to have hard conversations, you shouldn’t be in a position of leadership. It’s that simple.

So my challenge to you is to stop avoiding the conversations and begin choosing the perspective that they are a vital tool in your leadership toolkit.

As a final tip, I love Kim Scott’s simple advice for hard conversations:

“Never dodge a difficult conversation…avoid any hint of superiority or judgment….skip the long wind-up….be kind and clear.”

Principle 1: Have difficult conversations—Whatever you do, have these conversations. Don’t ignore them. Over the years, I’ve seen countless managers and supervisors ignore problems with team members. These people get passed around from team to team because no one has the courage to deal with a problem that everyone knows about. That is not leadership.  You don’t grow as a leader and neither does your team member. And the consequences for not having important conversations are much more severe in our personal lives. Do them sloppy. Do them awkwardly. But whatever you do, don’t avoid them.

Principle 2: Be clear—Don’t start with a long windup, get straight to the point. Don’t let the person walk away wondering what the issue is.

Principle 3: LISTEN!  Once you state your point. Take a step back and do a lot of listening. If you let someone explain their position, it will take a lot of heat out of the conversation. Plus, your perspective could be wrong! Get information, ask questions. Remember, one of the most basic human needs is to be heard and understood.

Principle 4: Expect an emotional response—Most people don’t like to be confronted, so most of the time people get sad or mad. That’s okay. You have to learn to expect that, and deal with your anxiety about it.

Principle 5: Be careful what story you tell yourself beforehand—We all make up stories in our heads. It’s human nature. Be careful casting the person in the role of the Villain before you talk to them. Otherwise, that can make everything they do seem villain-like! Search for common ground.

Principle 7: Detach yourself from the outcome—Don’t get attached to keeping the employee at all costs or making it your goal to “get rid of somebody.” Don’t become a rescuer or vigilante. Your job is  deliver the message clearly, hold them accountable consistently, and then they are completely free to choose how they respond.

Dr. Parker Houston is a board-certified Organizational Psychologist and Leadership Performance Coach. His personal mission is to improve the way people live and work by helping them apply science-based strategies for personal, family, and workplace leadership—in that order. *Opinions expressed are the author's own.
← Leaders Need To Ask Their Teams These 12 Questions14 Behaviors That Will Radically Increase Trust When Leading Your Team, Your Business, and Your Family → 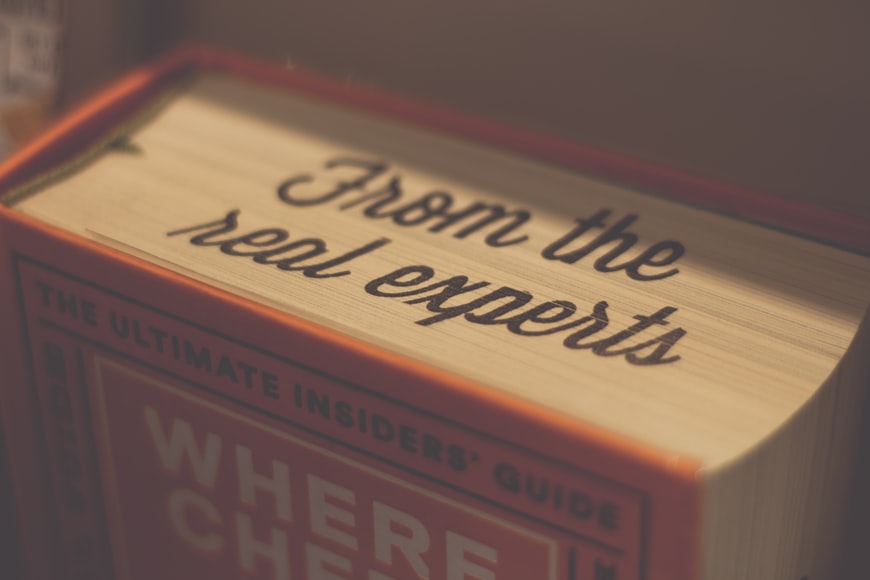 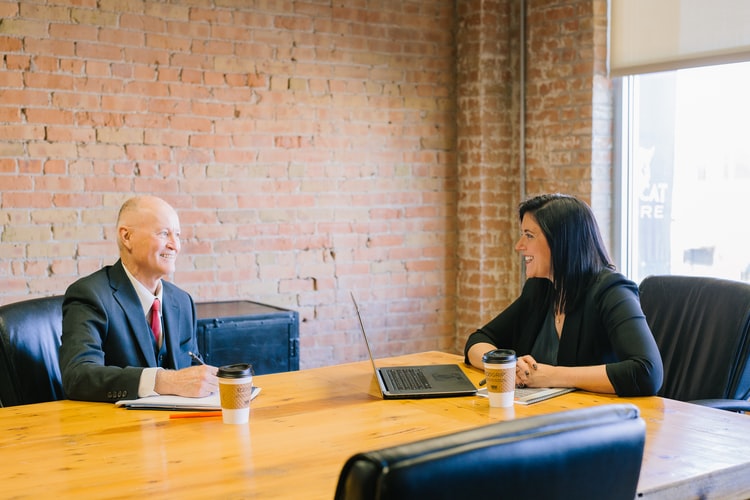 Leaders Need To Ask Their Teams These 12 Questions 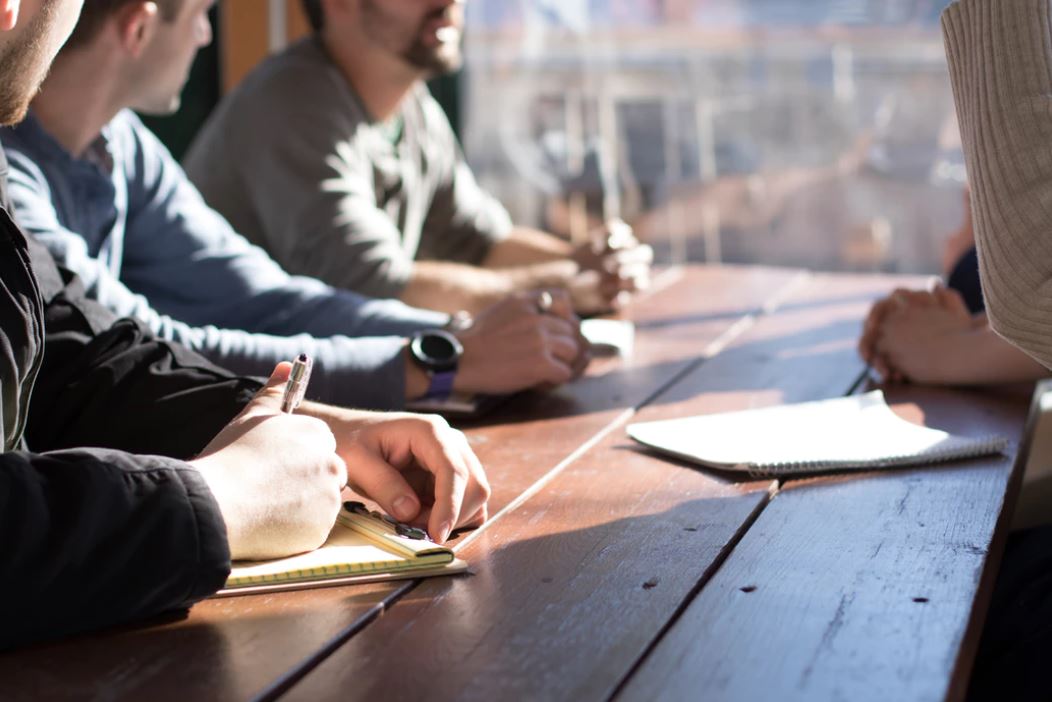