The Parable of the Lost Son—Wisdom for Every Parent 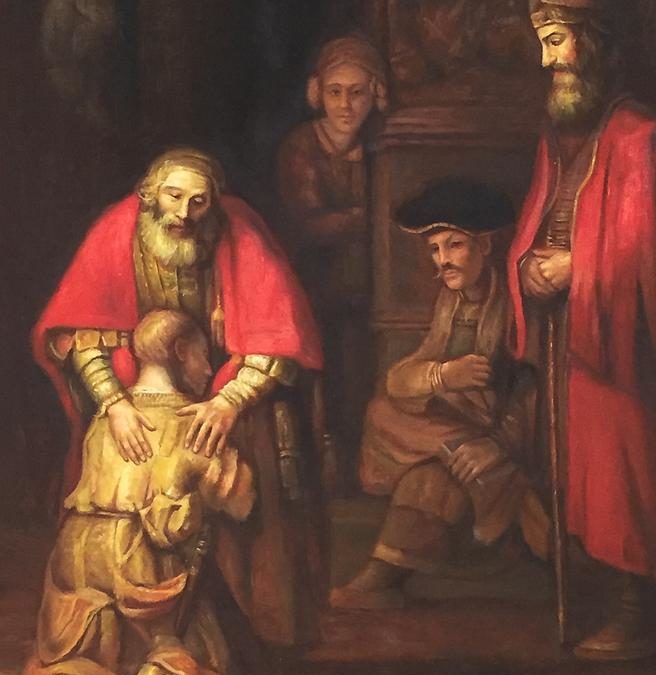 I recently stumbled across a beautiful song At the Table (YouTube link) by artist Josh Garrels, based on the parable of the lost son (also called the prodigal son).

The song brings tears to my eyes every time I listen to it.

Only recently, after becoming a parent, am I truly beginning to understand the deep wisdom of this parable.

The story is recorded in the New Testament and believed to have been taught by Jesus.

Here is my summary version…

A man had two sons. The younger son asked for all his inheritance and ran away from home, quickly wasting all the money on wild living. The son became homeless and starving, and eventually realized that he could have a better life even if he lived as a servant in his father’s estate. When he returned home years later, he was shocked and amazed by his father’s loving embrace and warm welcome.

The older brother worked his entire life loyally for his father, so he was infuriated when his father showered such blessings onto his younger problematic brother when he returned. The father in the story gives an equally wise and compassionate response to the older son.

What happens in a child’s heart when they know, beyond the shadow of a doubt, that they are fully accepted and unconditionally loved, no matter what they do?

I am convinced that such radical grace and compassion is the most powerful force for change in the world.

The story doesn’t tell us what happens to the younger son after he returns home, but I would bet he was forever changed and went on to become an incredible force of love and forgiveness to those around him. We may only know how to offer that kind of grace after we have needed it so desperately for ourselves.

A few years ago, I went to the Forensic Mental Health Conference in Monterey. One of the keynote speakers was the director of the Mendota Treatment Center—a Juvenile Justice center for some of the most violent teens in the country. The Mendota Center has been nationally recognized for having recidivism rates at roughly half that of other comparison programs.

Most people in our society would recoil in utter disgust at some of the crimes these kids have committed. So what makes them so successful?

Having worked in solitary confinement settings myself for many years, I was very curious to hear what the speaker had to say.

One fundamental philosophy of their program he said was, “There must always be an element of redeemability, there must always be hope.” No matter what they have done, the staff is encouraged to always treat them like they can turn their lives around at any moment they choose. They are not stuck being forever labeled as the person who committed the heinous crime. They will be consistently encouraged and provided with new opportunities to make better choices.

After working in prison for 10 years, I am convinced that most inmates are not bad people. Most of them are people who had absent parents, poverty, drug exposure, gang involvement, lack of education, no role models, mental health problems, and were never taught good coping skills. How would most people end up with those social or biological factors?

A good friend of mine has a son with ADHD who had significant disciplinary problems in school from a young age, but he never seemed particularly bothered by it.

He always responded cheerfully, even when his son was kicked out of schools. He continued to discipline him, give consequences for problem behavior, give rewards for good behavior, but always loved him, always encouraged him, always believed in him, and never removed affection.

The result is that his son is now doing extremely well. I think it was his unconditional love that served as an immoveable anchor for his son throughout those difficult years.

I think of him as I raise my own children. I tell my daughters there is nothing they could ever do to cause me not to love them.

Read the words in the chorus of “At the Table” by Josh Garrels:

Come on home, home to me

And I will hold you in my arms

There will always, always be

A place for you at my table

But there is one more important lesson in the story…the attitude of the older son.

The truth is, I have been both sons in different seasons of my life. I have certainly been the wasteful and reckless prodigal, but I have also been the self-righteous, entitled, and judgmental older brother—and each attitude has its own challenge.

Despite having everything his entire life, the older brother resents the grace that was shown to his younger sibling.

I love the father’s gentle response—”Look, dear son, you have always stayed by me, and everything I have is yours. We had to celebrate this happy day. For your brother was dead and has come back to life! He was lost, but now he is found!”

I believe something shifted inside the older son that day. On some deep level, he too knew that his father would never reject him because he caught a glimpse of his father’s true character of unshakeable love.

I love this story because it teaches me that although I have been both sons, life is a journey toward becoming the gentle and compassionate parent. One who can love their children through reckless and repulsive behavior, and never lose hope.

I know enough parents to know this will never be easy, but the story gives us something to aim for.

Here is the full version of the story if you would like to read it as recorded in Luke Chapter 15, Verses 11-32 New Living Translation:

A man had two sons. The younger son told his father, ‘I want my share of your estate now before you die.’ So his father agreed to divide his wealth between his sons.

A few days later this younger son packed all his belongings and moved to a distant land, and there he wasted all his money in wild living. About the time his money ran out, a great famine swept over the land, and he began to starve. He persuaded a local farmer to hire him, and the man sent him into his fields to feed the pigs. The young man became so hungry that even the pods he was feeding the pigs looked good to him. But no one gave him anything.

When he finally came to his senses, he said to himself, ‘At home even the hired servants have food enough to spare, and here I am dying of hunger! I will go home to my father and say, ‘Father, I have sinned against both heaven and you, and I am no longer worthy of being called your son. Please, take me on as a hired servant.’

So he returned home to his father. And while he was still a long way off, his father saw him coming. Filled with love and compassion, he ran to his son, embraced him, and kissed him. His son said to him, ‘I am no longer worthy of being called your son.’

But his father said to the servants, ‘Quick! Bring the finest robe in the house and put it on him. Get a ring for his finger and sandals for his feet. And kill the calf we have been fattening. We must celebrate with a feast, for this son of mine was dead and has now returned to life. He was lost, but now he is found.’ So the party began.

Meanwhile, the older son was in the fields working. When he returned home, he heard music and dancing in the house, and he asked one of the servants what was going on. ‘Your brother is back,’ he was told, ‘and your father has killed the fattened calf. We are celebrating because of his safe return.’

The older brother was angry and wouldn’t go in. His father came out and begged him, but he replied, ‘All these years I’ve slaved for you and never once refused to do a single thing you told me to. And in all that time you never gave me even one young goat for a feast with my friends. Yet when this son of yours comes back after squandering your money…, yet you celebrate by killing the fattened calf!’

His father said to him, ‘Look, dear son, you have always stayed by me, and everything I have is yours. We had to celebrate this happy day. For your brother was dead and has come back to life! He was lost, but now he is found!

Dr. Parker Houston is a licensed clinical psychologist and board-certified in organizational psychology. He is also certified in personal and executive coaching. Parker's personal mission is to share science-based principles of psychology and timeless spiritual practices, to help people improve the way they lead themselves, their families, and their organizations. *Opinions expressed are the author's own.
← Get Off Autopilot!Embrace Experimentation and Fail Forward → 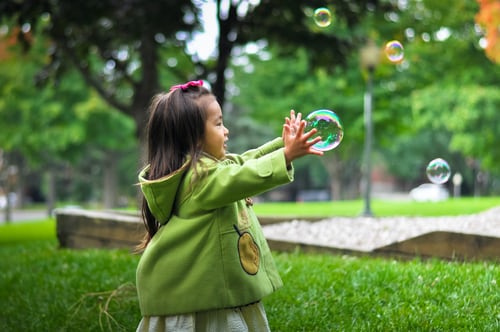 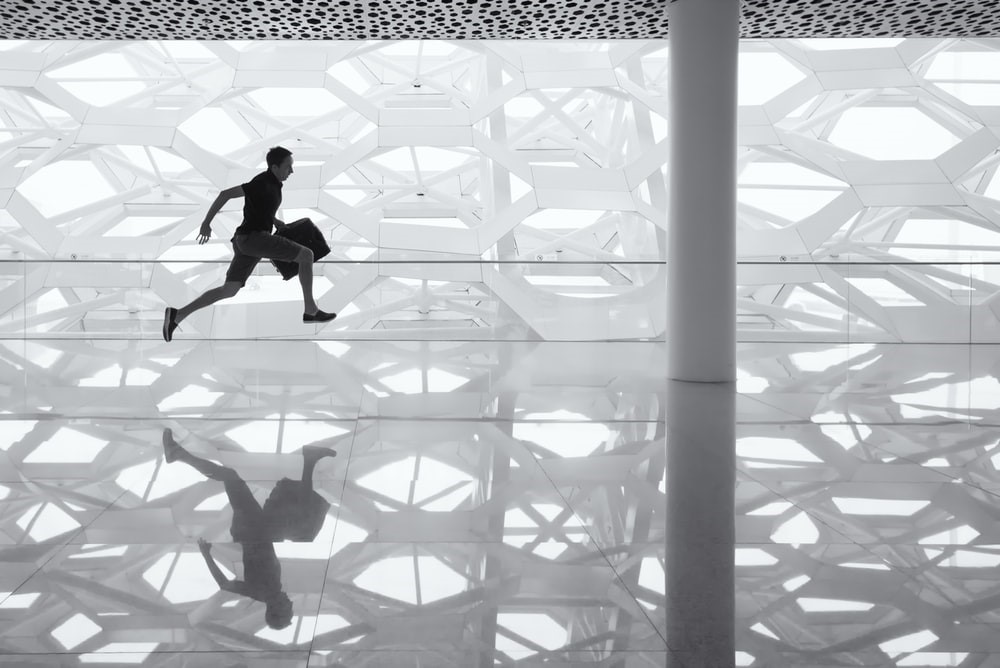 The Price Tag of Hurry 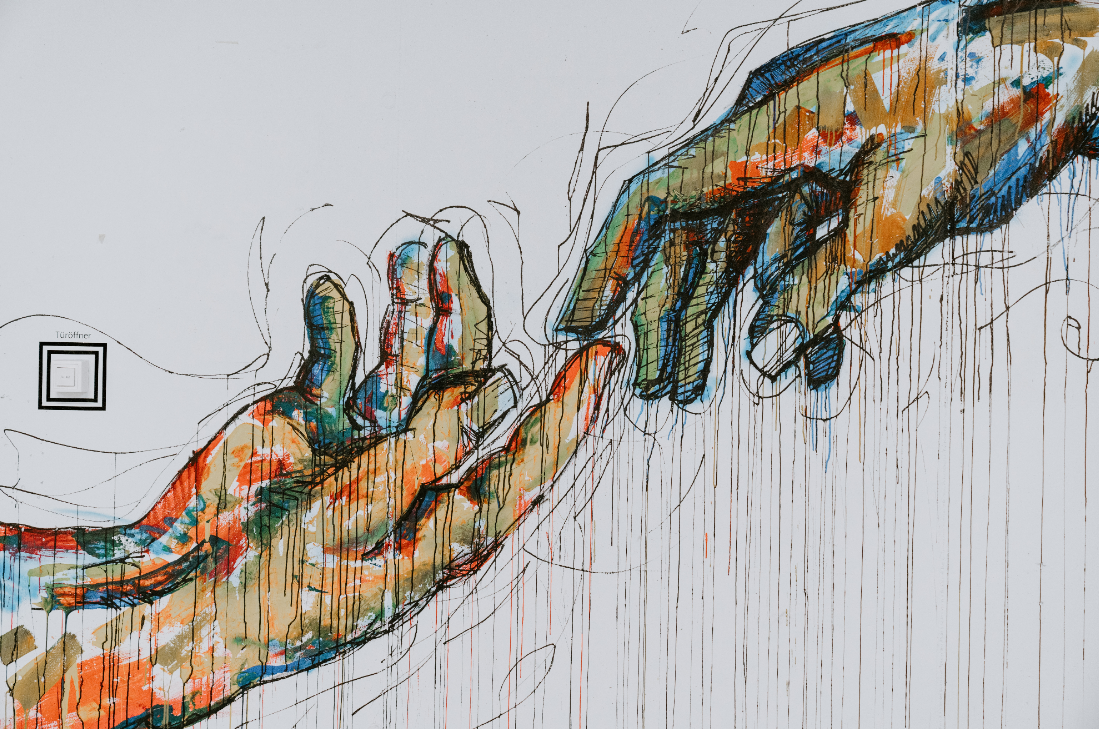